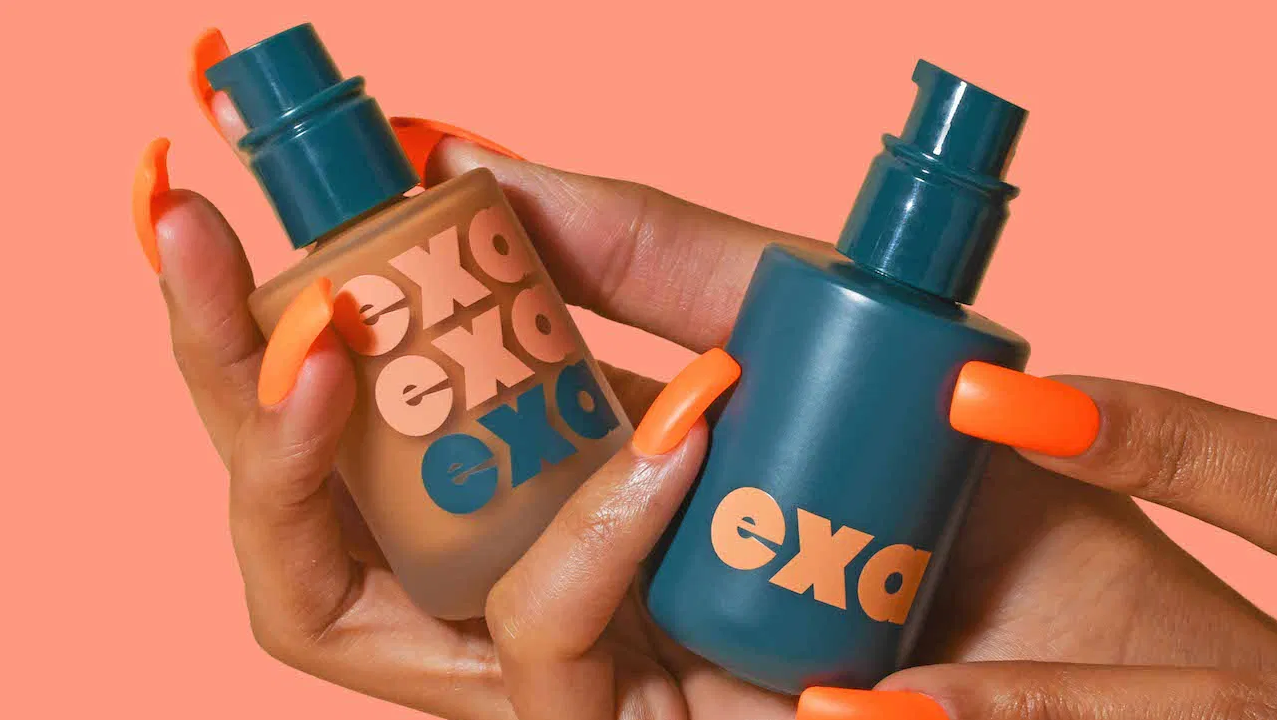 Clean makeup has accelerated in 2020 with new investment backing. and new launches from brands like Ilia, RMS Beauty and Āether Beauty. But, historically the category has underserved BIPOC customers. For its part, Credo is responding to the call to action with its first private-label makeup brand called Exa. The clean offering includes an inclusive foundation range of 43 shades and a universal primer.

Credo, which launched in 2014 and has nine stores in cities like San Francisco and New York, recently signed on to the 15% pledge in June and started a mentorship program called Credo for Change. The program announced its first cohort of 13 mentees on July 31. With 43 shades priced at $38, Exa is joining a nascent, but growing list of inclusive and clean foundation brands, including Bite Beauty (with 32 shades), which expanded to foundation in January. Pre-Exa, Credo began a co-branded liquid hand soap line with Soapply and collaborated with Venus Williams on a line of sun care in May. Exa was initially meant to launch in May, but was postponed due to the pandemic.

“In the past, there hasn’t been enough diversity in complexion products in this space. But that’s because [most clean brands] are self-funded or have small investments,” said Annie Jackson, Credo founder. “But to not be able to shade match absolutely everyone that walks through the door is a terrible experience that should just never happen. [It appeared as though] we were telling a segment of the population that ‘Credo isn’t for you.’”

Jackson said that Credo does not currently stock any brands that offer 40 or more shades of liquid foundation, and the retailer was looking to provide a product that filled a hole in its offerings. According to multiple industry sources, the single unit industry standard for custom clean foundation formulas can cost about $4 or $5 for small brands whose orders are only in the few thousand range. This is much more expensive, compared to the $1-$2 per unit range for larger brands that order millions. This is in addition to initial R&D costs between $5,000-$7,000 in total for custom formulas, said Jordan Erskine, Dynamic Blending manufacturer president and co-founder. This has made clean foundation production more cost-prohibitive for small indie brands, compared to conglomerate brands like Covergirl, which boasts 40 shades.

Historically, clean foundation shades often rely on vegan, natural or botanically-derived pigments that do not offer vibrant and wide-ranging colors like synthetic ingredients do, said Noreen Moriarty, vp of sales and marketing for Happy Farm Botanicals, a clean beauty manufacturer that works with brands like Aethera skin care. She added that, in addition to formulation and manufacturing costs, there are added expenses for marketing, including hiring more diverse models, as well as ensuring that retailers continuously buy all shades from the brand.

“Credo is lucky, because they’re launching a brand and they have a retail space to do it. They can control the visuals on their site and in their store,” said Moriarty. “With other brands going into a new retailer, they maybe get one animation, and you have to choose what you’re going to represent, which can leave certain [people or products] out.”

Credo has produced 50,000 foundation sample cards, which will be distributed in-store and in e-commerce orders, and it will host virtual makeup classes featuring the foundation beginning Friday. Additionally, Exa will be front and center in all nine Credo locations, with window takeovers. A billboard will advertise the product outside the Los Angeles store, and all staff will wear promotional buttons. Katey Denno, Credo’s brand ambassador and lead makeup artist, provided feedback to Credo on Eza, and will also host virtual masterclasses featuring Exa and act as a spokesperson.

Jackson said Credo gave the brand the name Exa ,so it could live beyond the Credo umbrella, though she declined to detail what Exa’s future launches and trajectory will look like and when. Credo currently has a partnership with Ulta, which also began stocking Follain’s private label skin care in February.

“Most retailers, when they launch a private label, it’s usually in skin care or body because it’s easier. Those categories have more ingredient innovation, and it’s easier to formulate,” said Jackson. “But, we wanted to fill that literal white space.”